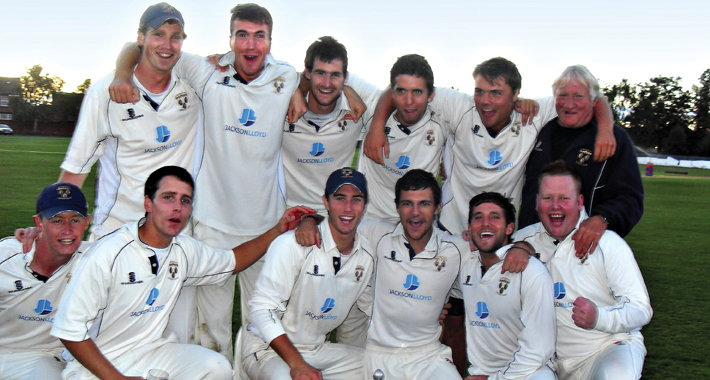 The club’s first XI won the Birmingham Premier Division for the first time in 2010. 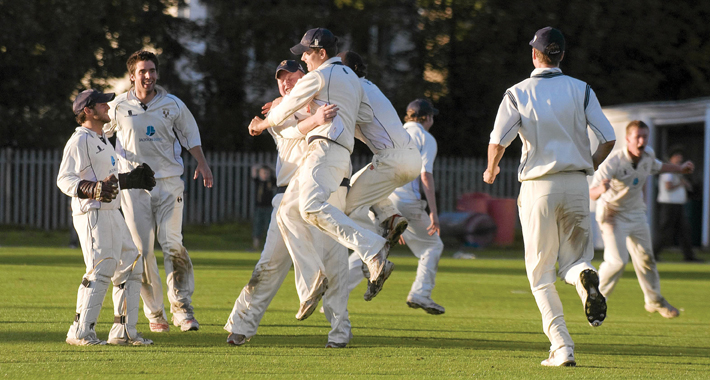 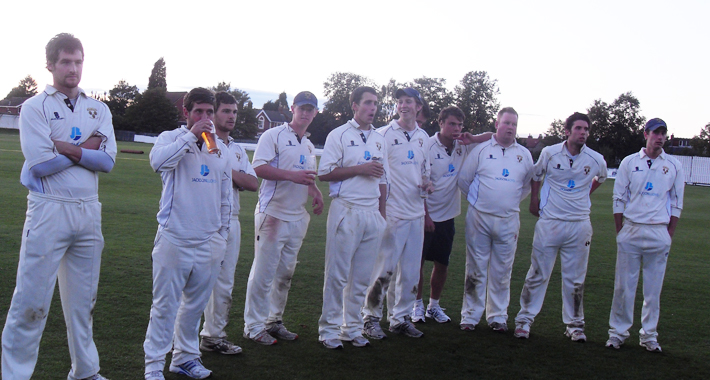 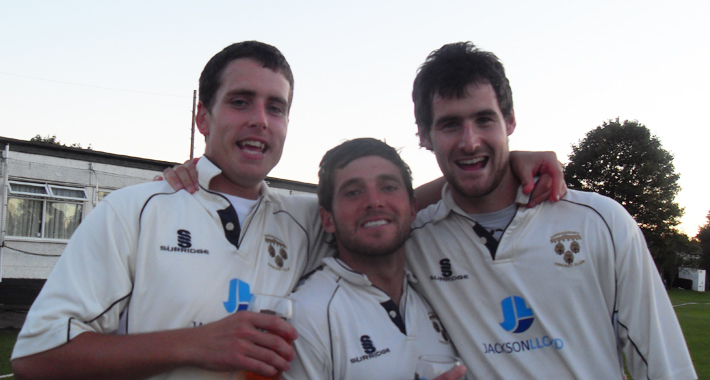 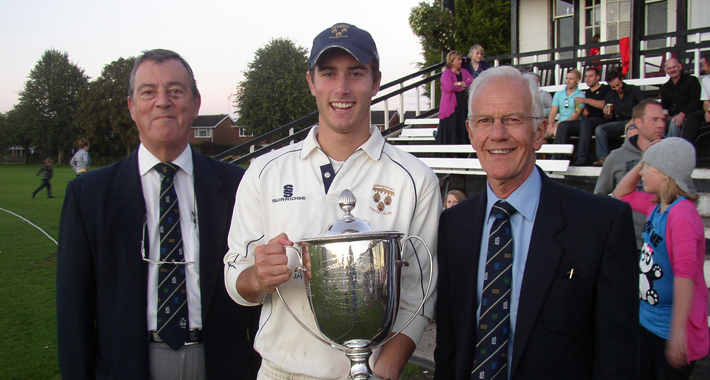 An exceptional display of leg-spin bowling by Elliott Green clinched the 2010 Premier Division title for Shrewsbury on a day of extraordinary twists and turns which left Walmley and Kenilworth Wardens in the relegation zone.

In a match reduced to 53 overs per side, Ed Foster and Joe Leach, both, scored 58, as Shrewsbury reached 196 for six at the close of their innings. Mark Mansell picked up three wickets for Kiddi, who looked favourites to take the title, themselves, when they reached 93 for one by the end of the 26th over. At that point, a heavy shower drove the players from the field and the home side’s innings was reduced to 47 overs. Enter Mr Green, who had, already, snapped up the wicket of Matt Pardoe (42).

He proceeded to turn the game in Shrewsbury’s favour, finishing with 9 for 77, as Kiddi pressed the self-destruct button. Craig Wood hit 46 but the remaining batsmen were unable to get to grips with Green, who returned the best bowling figures of the season.

Kiddi’s final total of 159 saw Shrewsbury win by 37 runs and, tomorrow, they will attempt to become just the second team to complete a League and Cup double when they take on Himley in the Final of the Graham Williamson Trophy. Last season’s Champions, Knowle & Dorridge finished as runners-up following a winning draw at Wellington.

K & D hit 123 for nine, in an innings limited to 30 overs, after a late start, with Attiq Chishti unbeaten on 50 and Wendell Wagner taking 3 for 17 for Wellington. Once Shrewsbury had won, the title was out of K & D’s reach but they restricted the home side to 118 for four, in 30 overs, to ensure they finished in second place.

A win for Kidderminster could have taken them to the title, but defeat saw them drop to third.

Second-placed Knowle and Dorridge only managed a winning draw at Wellington.

Green finished with 57 wickets in the Premier League while captain Ed Foster, who scored 58, notched more than 900 runs for the season.

Green grabbed all the glory by claiming match-winning figures of nine for 77 as Kiddy’s run-chase dramatically imploded before their very eyes.

The match had already been reduced to 53 overs when Shrewsbury took first strike and set a total of 196 for six, the innings being built around Ed Foster and Joe Leach who both scored 58.

Kiddy confidently went in pursuit of victory and the title, looking odds-on favourites to reach their target at 93 for one in the 26th over when the heavens suddenly opened.

Although only six overs were lost, Kiddy will curse that shower for a long time to come because it completely changed the complexion of the game.

Green, who had already grabbed the wicket of Matt Pardoe for 42, became unplayable as Kiddy’s challenge suddenly went to panic stations and they were bowled out for 159 to leave Shrewsbury winners by 37 runs.

News of Shrewsbury’s success soon reached Wellington where defending champions Knowle and Dorridge were desperately clinging on to their crown.

But once again rain was to play a significant part in the proceedings.

Knowle and Dorridge reached 123 for nine in a reduced 30 overs, which was built around Attiq Chishti’s unbeaten half-century.

Wellington were into their reply when Knowle and Dorridge realised the game was up as news of Shrewsbury’s victory came through.

As a result, the game petered out into a draw with Wellington closing on 118 for four.