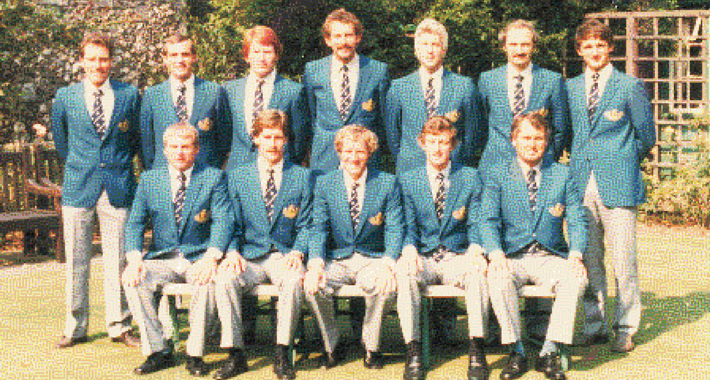 LORD’S has seen many great games and many great finishes, but there are not many to match the 1983 William Younger National Club Championship final.

Shrewsbury’s battle with Hastings and St Leonards Priory that day looked nailed on to be a win for the Sussex side.

When the men of Shropshire’s county town prepared to bowl the final over, they looked beaten. Hastings, on 189 for seven, needed just three to win, with three wickets in hand.

But, in one of the great untold tales of English cricketing history, Hastings were about to take one in the eye from a man called Tudor. Inside five balls, Richard Tudor took three wickets and the proud Salopians had pulled off a remarkable two-run win.

Tudor is now 64 and nearing retirement after a career in accountancy, but he can still recall with remarkable clarity – and modesty – his figures as he turned the contest on its head.

“I managed to bowl their No.7 with the first ball of the last over,” he said. “Then their next man in mistimed a pull
straight to young Ian Hutchinson at mid-wicket.

“The next ball was a dot ball but their last man (Claude Duval, the Sun’s horse racing correspondent) took a wild swing at the penultimate ball, skied it to Hutchinson and, although he was a good enough cricketer to go on and play for Middlesex, he showed great heart for a young 18-year-old to take the catch.

“It was an astonishing end. And I’m not sure we’d have done it but for the crowd who came down from Shropshire to support us. There was coach after coach of them and they created a fabulous atmosphere and inspired us to victory.

“But, in truth, it was no more than I would have expected of that team, all Shropshire lads, none of whom came from miles away.

“I remember when we beat Walsall in one of the regional rounds, it clashed with a Shropshire game, we lost half of our team, yet some of the Second XI chaps came in and all of them contributed.