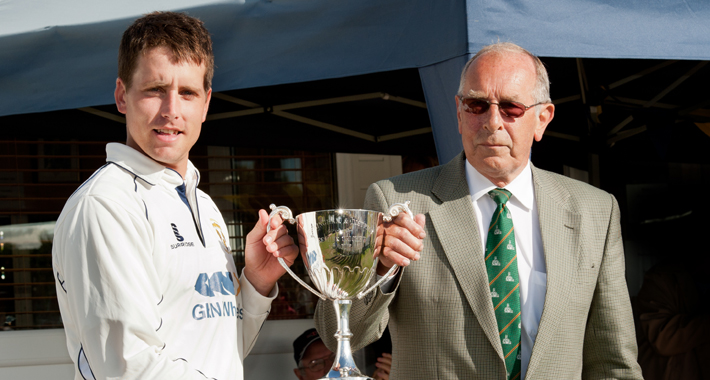 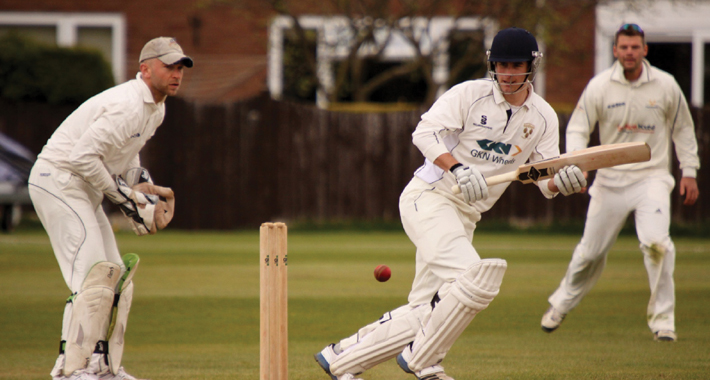 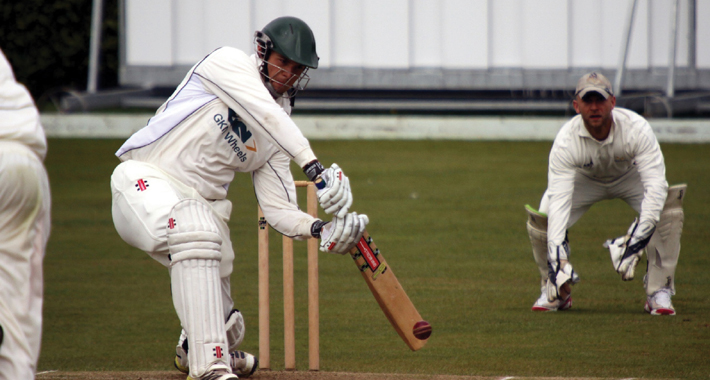 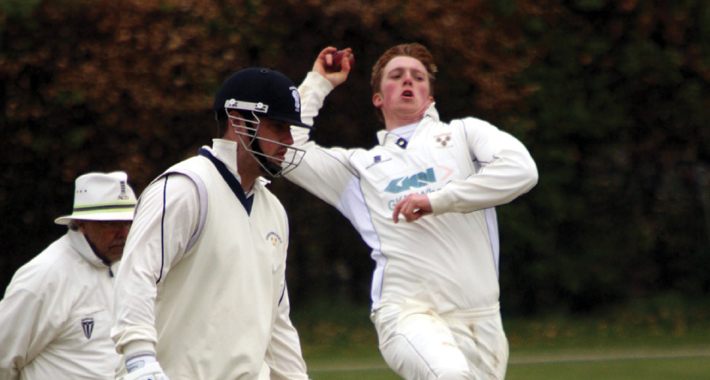 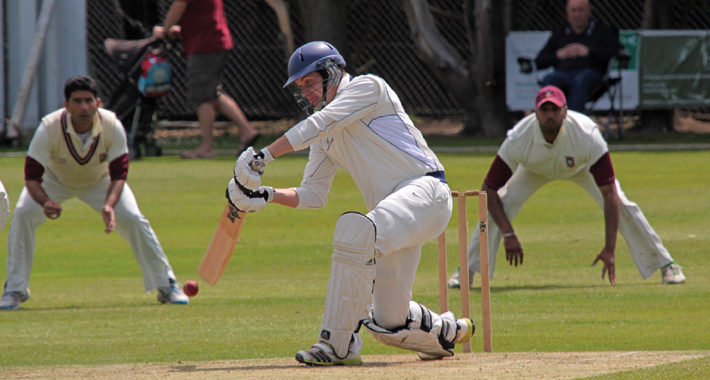 JOE LEACH, Shrewsbury’s Worcestershire all-rounder, has saluted the efforts of skipper Rob Foster in leading the London Road club to Birmingham League title glory in his first season at the helm.

Leach, who grabbed five wickets in Monday’s title-clinching 127 run drubbing of Walsall, said Foster had handled the step up to captaincy impressively since succeeding his brother Ed in the top job.

Ed captained Shrewsbury to their first Birmingham League title in 2010 and followed it up with an ECB National Club Championship triumph 12 months later.

But Leach was keen to praise Rob’s leadership qualities after Shrewsbury were crowned champions with three games to spare, a remarkable achievement.

“Rob’s done it slightly differently,” said Leach. “He’s taken a little bit more of a relaxed approach than what Ed did and it’s worked.

“It’s also co-incided with the change in rules to 50 over win-lose cricket at the start and end of the league season which has been to our favour. That format suits us down to the ground.

“But Rob’s done a really good job. He’s kept his head and he’s captained as well as Ed did at any point so credit to him for that because Ed was a tough act to follow.”

Even during a season in which he has become a first team regular for Worcestershire, Leach insisted being part of such a successful Shrewsbury team meant so much to him.

“I thought this team could go on and win a lot of things so it’s nice that it’s starting to come to fruition,” he said. “It’s a pretty good feeling.

“I’m really pleased for the lads because they really deserve it and hopefully there’s lots more to come.”

Shrewsbury opted to bat first at a sun-kissed London Road against Walsall, the team they have succeeded as champions, but they were soon in a spot of bother at 50-3.

Help was just around the corner as opener Steve Leach, Joe’s younger brother, batted with real maturity to make a patient 65 as he shared in a 105 run stand for the fourth wicket with skipper Foster, who cracked 58 from 70 deliveries.

Wicketkeeper Anthony Parker then weighed in with a rapid 41 as Shrewsbury were bowled out for 223.

Walsall, in reply, quickly slumped to 46-5 with Joe Leach (5-29) grabbing all five wickets to take Shrewsbury to the brink of victory.

“That’s my role in the team, to lead from the front with the ball, so it was nice to do that,” he said.

Michael Barnard then got in on the act with 3-38 from the other end before Elliot Green, having miraculously recovered from an injury which had threatened to end his season, claimed the final wicket as he had Josh Bowker caught by Alex Blofield.

It ensured Walsall were all out for just 96 and signalled the start of the Shrewsbury celebrations with the ecstatic players quick to soak team manager Trevor Sheperd with champagne.

“I’m delighted,” said skipper Foster. “It was nice to win it so early and at home with a lot of people there. It’s a really good feeling.

“We chose to bat first and at 50-3 I thought it might be a bad choice. Myself and Steve Leach put a good partnership together before ‘Mushy’ (Anthony Parker) came in at the end and really took the game away from Walsall.

“Joe Leach with the new ball was then outstanding. He’s just a different level really and his first four dismissals were either caught at slip or caught behind, proper wickets. He was the difference with the ball but Mike Barnard backed him up at the other end which was good to see.”

Shrewsbury had moved to within touching distance of title glory by pulling off a three-wicket win at Wolverhampton on Saturday.

Skipper Foster kept his cool to see the job through with an unbeaten 26 as Shrewsbury bided their time to progress past the winning post to 121-7.

Steve Barnard had earlier helped himself to 3-24, his victims including Worcestershire’s Aneesh Kapil for just six, as relegation-threatened Wolverhampton, having opted to bat first, were bowled out for 120.

The Blofield brothers were also among the wickets, with Alex taking 2-15 and Henry 2-17.

And that win paved the way for a truly memorable London Road day on Monday as Shrewsbury once again underlined they are the top club in the Midlands.

Rob Foster’s runaway champions saw off Wombourne by five wickets in their final premier division encounter to end the season with a new top flight record high of 378 points.

Then, just for good measure, Shrewsbury saw off Barnt Green by 32 runs in a rain-affected Graham Williamson Trophy final at London Road on Sunday to win the competition for the fourth successive year.

Shrewsbury ultimately finished a mighty 91 points clear at the top of the premier division after ending their season of dominance with another win, their 14th outright victory from 22 league games.

“Breaking the points record was a nice motivation to have going into the last game,” admitted Foster. “It’s been a fantastic season and we’ve ended up playing 43 games in all competitions.

“It’s been a long season but it’s been well worthwhile.”

Relegated Wombourne were their final league victims, not that Shrewsbury had it all their own way before running out five-wicket winners.

Sam Griffiths, the former Shelton paceman now a key part of Shrewsbury’s bowling attack, helped himself to 4-15 as Wombourne were removed for 116 inside 35 overs.

Shrewsbury, in reply, were soon in trouble at 44-5 and an upset looked on the cards.

But then skipper Foster (40no) joined forces with 14-year-old first team debutant George Hargrave (32no) to put on an unbroken stand of 72 for the sixth wicket as Shrewsbury advanced to 118-5.

“Wombourne bowled very well with the new ball and got some good genuine wickets,” said Foster. “But fortunately myself and young George Hargrave, a late call up to replace Tom Cox, managed to then put a partnership together.

“George batted fantastically well and showed real maturity for a 14-year-old making his debut for the first team.

“He’s quite a small lad but he’s a good player, very keen cricketer and is already part of the Warwickshire Academy. He did really well.”

Shrewsbury then dug deep into their selection reserves 24 hours later with a host of regulars unavailable for the Williamson Trophy final against Barnt Green.

Shrewsbury totalled 155-3 from their reduced allocation of 20 overs before Barnt Green, eventually set a revised victory target of 186 in 18 overs, pulled up short on 154-8.

Will Parton (47), Joe Leach (44) and the big hitting Matt Gregson (35no) put bat to ball effectively for Shrewsbury who were flying at 70-0 off 10 overs before a rain delay restricted their innings to 20 overs.

Duckworth Lewis calculations initially set Barnt Green a 20 over target of 208 but more rain cut that to 187 from 18 and they ended up 32 runs short, Griffiths completing a good weekend by taking a couple more wickets.

“It’s the fourth year in a row we’ve won this competition and we’re proud to have kept the run going,” added Foster.

Leach took his 100th Birmingham League wicket for the club at 18 apiece and also passed 2,000 league runs. He averages just over 30 with the bat in the premier division.