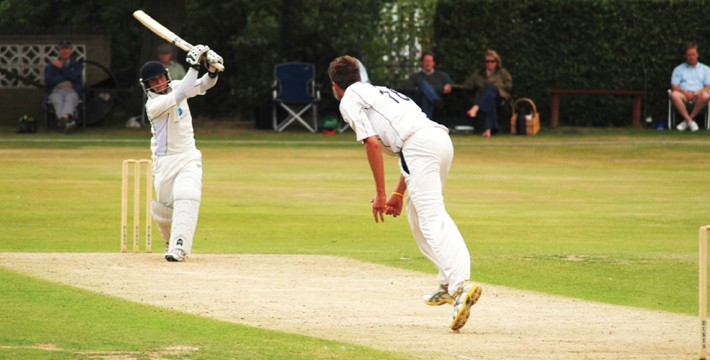 Congratulations to Ed Foster and the Team.

Shrewsbury hosted West Indian Cavaliers and the visitors opted to bat after winning the toss. This decision looked to be justified as openers Aaron Thomas and Aqib Afzaal put on 113 for the first wicket before Afzaal was removed by the bowling of Elliot Green.

Afzaal’s brother Usman joined Thomas but after he was out off the bowling of Rob Foster, West Indian Cavaliers lost three further wickets, including Thomas who was run out on 80, to find themselves at 151 for five.

Rawait Khan and Alex Tudor moved the score onto 185, but the introduction of Alex Blofield into the Shrewsbury bowling attack blew the visitors tail away, taking 4-10 from three overs and bowling West Indian Cavaliers out for 191 from 43.2 overs.

The hosts’ reply saw captain Ed Foster dismissed early for 12 off the bowling of Tudor, but a composed partnership of 115 between Ryan Bishop and Steve Leach took Shrewsbury to 152. Leach was caught behind off the bowling of Saqlain Mushtaq for 53 but Joe Leach joined Bishop to guide the hosts home with seven overs to spare, Bishop finishing on an unbeaten 85.