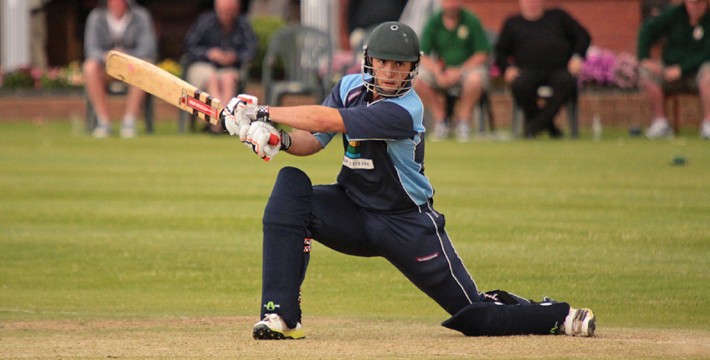 SHREWSBURY’S promising young batsman Steve Leach, eyeing a career in professional cricket, has been named as the Birmingham League’s young player of the year.

Leach, who will receive his award at the League’s AGM on January 22, said he was delighted to be recognised for the role he played in helping Shrewsbury be crowned premier division champions.

Leach, 20, the younger brother of Shrewsbury’s Worcestershire all-rounder Joe, struck 831 premier division runs for the London Roaders in 2013 at a healthy average of 43.74.

Only his Shrewsbury opening partner Ed Foster, who plundered 874 runs, and Knowle & Dorridge’s Alex Phillips, who hit 846 runs, bettered Leach’s return with the bat in the top-flight last season.

“It was a very pleasing season with Shrewsbury but the runs wouldn’t have mattered so much had we not won the league,” Leach told the Chronicle.

“It was nice to be able to contribute and it was a very pleasant surprise when I found out I had won this award.

“Quite a few of the Shrewsbury lads have gained recognition for what was an excellent season for the club.

“I want to score even more runs next season and I must admit I’m already really looking forward to it.

“I had played for 18 months solid having spent last winter in Australia but I’ve had a break now and I can’t wait to get back playing again.”

In some ways, admits Leach, it was a bitter sweet season for him as while he shone with the bat for Shrewsbury and also impressed for Shropshire in the Minor Counties Championship, he was disappointed to leave Worcestershire.

But as one door shuts, Leach is hopeful another one may open soon as he sets his sights on following his brother Joe into the County Championship.

Leach is currently strudying business and sport management at Oxford Brookes University which will also allow him to play cricket at a high standard.

He’s already focusing on the matches his university side will play against Nottinghamshire and Warwickshire at The Parks early next season.

“I’ll be looking to get in the side and do as well as I can in those two games,” he said. “The aim for me is to definitely go on and play professional cricket.”

Leach added seeing what his brother has achieved at Worcestershire over the last two summers also serves as a major motivational tool. 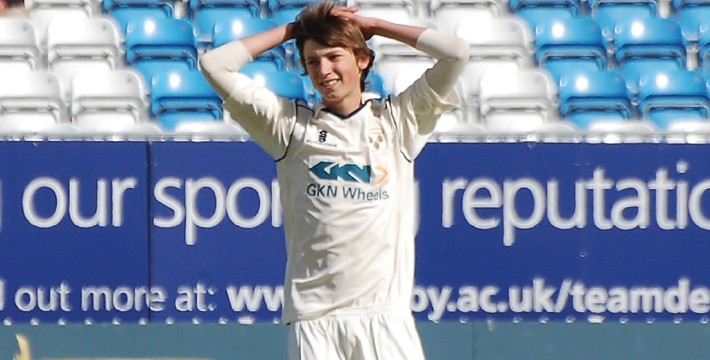 VICTORY in his first appearance as England under-19 captain came at a cost for exciting Shrewsbury all-rounder Ed Barnard in the United Arab Emirates.

Barnard, who only turned 18 last month, was handed the huge honour of captaining his country in the opening match of their Tri-Series tournament against hosts UAE last Sunday.

It’s not the first time that Barnard, a popular figure with his Shrewsbury team mates at London Road, has enjoyed the thrill of captaining an England side having previously led the under-17s against Sri Lanka.

Barnard played his part, too, leading from the front to hit a half century and later holding on to two catches as England secured a 42 run victory over UAE in Abu Dhabi.

But the Shrewsbury School student also suffered the pain of a dislocated finger which meant he had to sit out England’s second match the following day, a three-wicket defeat against Pakistan.

Barnard, who missed 12 weeks of the domestic summer owing to a back injury, will now hope to have recovered in time to play in England’s next two games.

They take on UAE tomorrow (Friday) and then meet Pakistan again on Sunday, with both matches in Sharjah.

Barnard batted at number five against the UAE last weekend and led a revival from 47-3 when he came to the crease to help England post 300-6 from their 50 overs.

Barnard struck five fours on his way to making 53 from 58 balls before fellow Shropshire lad Joe Clarke, who, like Barnard, is also contracted to first class county Worcestershire, added an unbeaten 81 from just 64 deliveries on his England debut.

Barnard then successfully called the shots in the field as UAE were dismissed for 258 in the final over of the match.

Barnard scored a century on his England Youth Test debut against South Africa in Cape Town earlier this year and continues to enjoy impressive progress in his flourishing career.

He will return home to Shrewsbury from his current overseas tour just in time for Christmas on December 23. 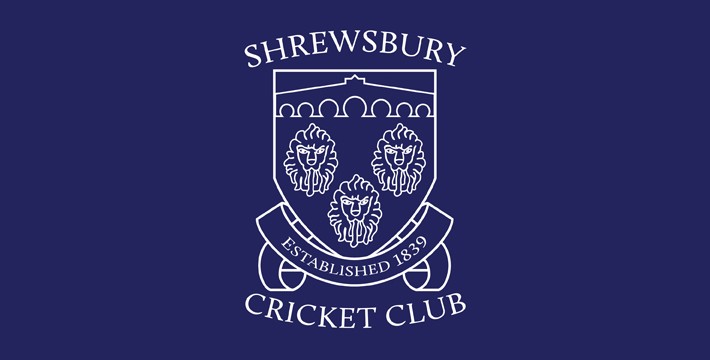 In total four sessions have been booked so far at Shrewsbury School’s indoor centre. These sessions will take place on Monday evenings between 8.30pm and 10pm with a cost of £3 per player.