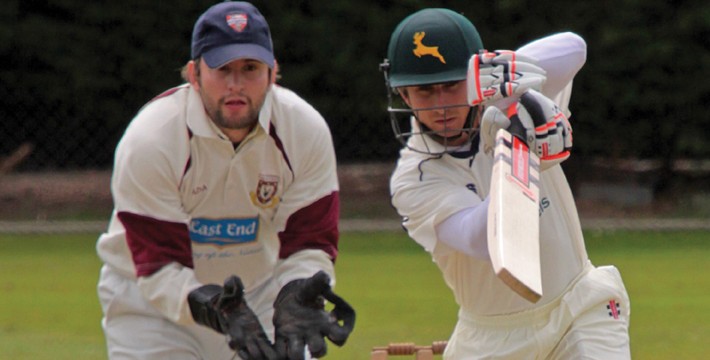 James Taylor will be cheered on from the other side of the world by his Shrewsbury Cricket Club pals when he spearheads England’s quest for World Cup glory in Australia.

Taylor, the former Shrewsbury School run machine, has been the high profile contracted player at London Road for the last couple of seasons.

He previously played for the club more regularly as a 16-year-old during his school days.

Taylor’s commitments with Nottinghamshire, where he captains the Trent Bridge one day side, and now also England have restricted his appearances for Shrewsbury.

But he remains a hugely popular figure with the players at the Birmingham League club who will be keeping close tabs on his performances Down Under when England begin their World Cup campaign against Australia in Melbourne on Saturday.

The match at the MCG is expected to attract a crowd of 90,000 spectators.

Taylor, better known as Jimmy to his Shrewsbury pals, has batted regularly at No 3 since earning an England recall and compiled a matchwinning 82 as India were recently beaten in a decisive match in the Tri-Series in Perth.

“The way he played against India was fantastic,” said Rob Foster, the Shrewsbury captain. “He’s done very well and I think in the past he’s been harshly treated by England.

“But he’s gone and played well for Nottinghamshire, scored lots of runs, and he’s made the most of his chance since getting back in the England team which is great to see.”

Taylor, 25, has indicated to Foster he wants to continue as Shrewsbury’s contracted player even though he’s now establishing himself on the international stage.

“I still think he’s keen to be a contracted player for Shrewsbury,” said the skipper. “We’re keen to keep our association with Jimmy going.

“He’s still very humble, a nice lad, and he keeps in touch with a lot of the players at the club. He played once for us last season, at Berkswell, but came down to watch a few other games and it’s always great to see him.

Meanwhile, Shrewsbury have added a promising youngster to their squad with the club’s new coach Adam Shantry, the former Glamorgan and Warwickshire seamer, paving the way for the arrival of 16-year-old allrounder Ryan Harman.

“He bowls and bats and comes highly recommended,” said Foster. “He’s involved with the Glamorgan Academy set up in the North Wales Elite Development programme where Adam coaches. He’s someone Glamorgan are keen on.

“He’s another good addition to the club and he’s an ambitious lad.”