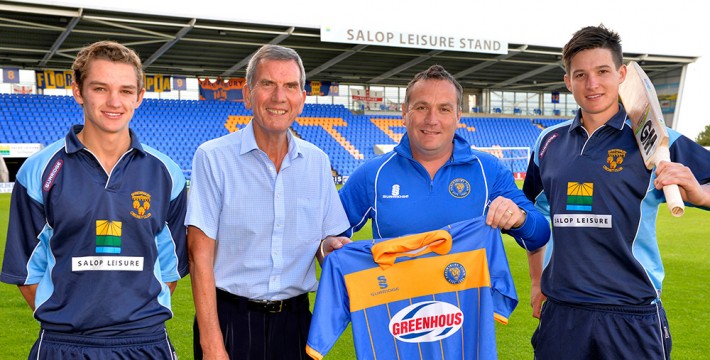 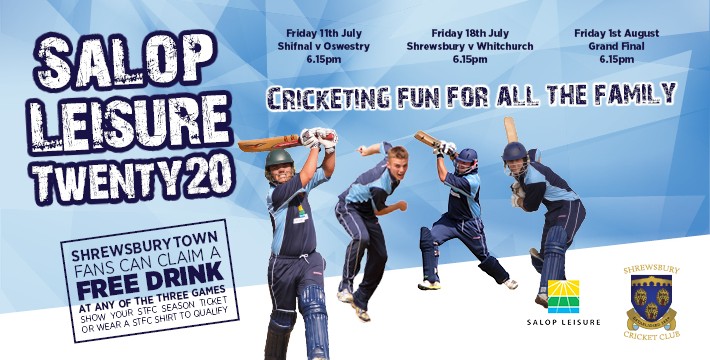 Join us at London Road for cricketing fun for all the family as Twenty20 cricket featuring some of the county’s best teams and players gets under way in Shropshire.

The Salop Leisure Twenty20 returns for 2014 with a new format – bringing the fast paced Twenty20 action to Friday nights this summer!

The matches will kick off on Friday 11th July with Shifnal taking on Oswestry followed by Shrewsbury against Whitchurch the following Friday 18th. The final will then take place on 1st August with all matches taking place at Shrewsbury’s London Road ground.

Long time competition sponsors Salop Leisure will be sponsoring the first drink (can of Carling, Worthington or Coke) for all Shrewsbury Town FC fans who come to watch any of the semi finals or final. Simply show your STFC season ticket or wear an STFC shirt to qualify. 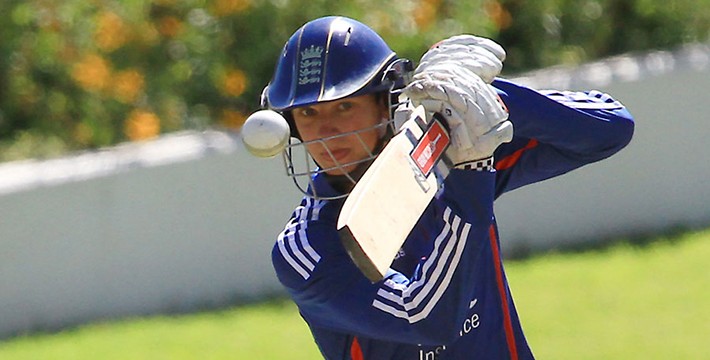 ENGLAND under-19 prospect Ed Barnard is in line to return to the Shrewsbury side for Saturday’s home clash against Walmley in the Birmingham Cricket League’s premier division, writes STUART DUNN.

Barnard, who helped English finish third in the under-19 World Cup in the United Arab Emirates earlier this year, has been ruled out of most of the London Road club’s games this season owing to Shrewsbury School commitments.

The gifted all-rounder hit 84 on his first appearance of the season for Worcestershire’s 2nd XI against Warwickshire last week, putting on 141 for the sixth wicket with former Shropshire captain Richard Oliver who cracked a remarkable, unbeaten 292.

Now skipper Rob Foster is looking forward to welcoming Barnard back into his plans against Walmley as Shrewsbury look to build on last weekend’s excellent 147 run victory at Walsall.

Foster said: “I’m pretty sure Ed should be available most Saturdays now depending on England under-19s schedule.”

Foster is also waiting to see if Joe Leach can figure having been on County Championship duty for Worcestershire against Glamorgan earlier this week.

Should both Barnard and Leach be available, it will present Shrewsbury with a welcome selection headache as they target a run of wins to lift them up from their current position of eighth.

Foster, delighted with the manner of last weekend’s runaway victory at a Walsall side including Pakistan Test all-rounder Umar Amin, said: “It was a great 24 points for us and hopefully that was a turning point, but it will not really count for anything unless we follow it up with another win. We need to get a bit of momentum going.

“It should be a good game against Walmley and they are only a couple of points above us in the table.”

Walmley are likely to include former Warwickshire batsman Navdeep Poonia plus two more men who have played international cricket for Scotland in Ollie Hairs and Freddie Coleman, a current Edgbaston man. 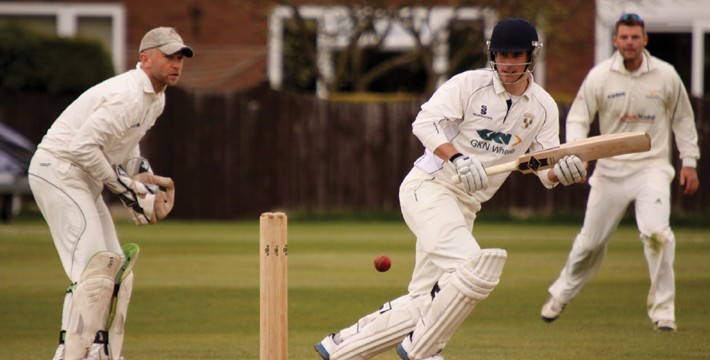 Shrewsbury romped to a stunning 147 run away win to climb out of the top-fight’s bottom two and up to eighth place in the table ahead of Saturday’s home game with Walmley.

They saw off hosts Walsall, who must be fed up with the sight of the county towners, in the semis, but missed out on a place in the regional stages after losing heavily to Barnt Green in the final later on Sunday afternoon.

But there was no doubting the highlight of Shrewsbury’s busy weekend with Foster delighted with the manner of the convincing victory, just a third league success of the season, against a Walsall side featuring Pakistan international star Umar Amin.

“It was a really good all-round team performance,” enthused Foster. “The way we performed was much like last year and it’s never easy going to Walsall as they won the league the year before us and have still got a lot of those players in their side.

“We now need to find some consistency and put a few wins together.”

Walsall’s overseas pro Amin found himself totally upstaged by a fired up Shrewsbury side as he failed to take a wicket before being dismissed for an eight-ball duck, caught by Ed Foster off Steve Barnard who delivered a sharp opening spell which left the hosts in major trouble.

Foster said: “It’s always enjoyable to play against someone who has played Test cricket. Sometimes it’s nice in a way to watch them score a few runs and watch them play, but Steve Barnard cleaned him up early on with a really good ball.”

Shrewsbury, stuck in, had earlier made assured progress towards totalling a competitive 225-8.

They lost Steve Leach early on but that brought together the Foster brothers and they put on 87 for the second wicket.

Ed Foster led the way with 64 from 114 balls, hitting a six and five boundaries, while skipper Rob Foster added 42.

Other useful contributions from wicketkeeper Anthony Parker (47no) and Steve Barnard (40) kept the scoreboard ticking over as Walsall’s Paul Byrne claimed 4-74.

Walsall, in reply, were quickly plunged into turmoil with Barnard, who claimed 3-19 from nine lively overs, reducing them to 10-3.

Byrne offered limited resistance by making 30 but Walsall were then undone by former Shelton paceman Sam Griffiths, who claimed 4-18 from 9.2 overs, and Mike Barnard (2-17) as they were skittled for just 78 inside 34 overs.

“Our score was a very competitive one,” said the skipper. “We were put in and there was a bit in the wicket early on but Ed batted very well and we managed to put a few on. Then Anthony Parker and Steve Barnard also played well.

“Steve bowled very well at the start of the Walsall innings, taking three wickets and he might have had a fourth but for a dropped catch, and then Sam came on and took four wickets. It was all very pleasing.”

Walsall opted to bat first and Griffiths again enjoyed himself, claiming 3-22, while Jack Garmson played his part with 2-25 as the home side were restricted to 139-8 from their 20 overs.

Shrewsbury timed their chase to perfection to advance to 140-5 with four balls to spare.

Rob Foster, promoted to open, hammered 60 from 37 balls, putting on 90 for the second wicket with his brother Ed, who saw the job through with an unbeaten 61 from 53 deliveries.

That set up a final clash against Barnt Green, five run conquerors of Tamworth in the other semi.

But Shrewsbury were unable to make it three wins out of three for the weekend as they were well beaten by nine wickets after being bowled out for just 52.

Foster added: “We played very well in the semi to chase down 140. In the final we were a little reliant on a few of us at the top of the order and unfortunately we didn’t fire. To be bowled out for 52 was a bit embarrassing but Barnt Green are a good side and had a strong team out.”