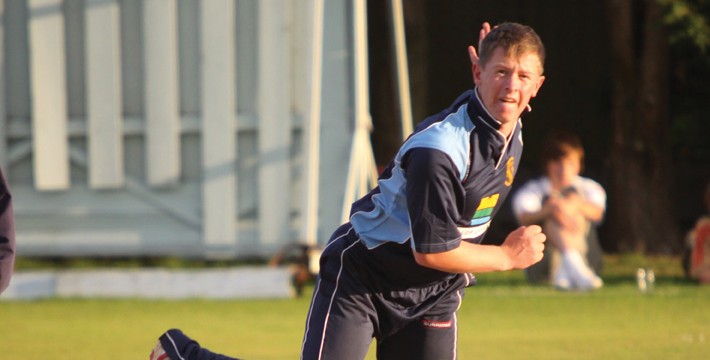 Shrewsbury’s disappointing start to the defence of their Birmingham League premier division title continued with defeat at home to Barnt Green – but there was again better news 24 hours later with progress in the ECB National Twenty20 KO.

A four-wicket haul from spinner Elliot Green was not enough to prevent the London Roaders from suffering a fourth defeat in eight league games this term as they suffered a three-wicket reverse at the hands of Barnt Green.

Now skipper Rob Foster knows it’s important his third-bottom side, emphatic 147 run winners over Oswestry in the National T20 KO on Sunday, produce a much better performance at home to Knowle & Dorridge on Saturday to get them moving in the right direction in the top-flight table.

Foster said: “We’re just past the third way point of the season and there’s a few of us that have not really performed yet this year. The sooner we can turn it around the better.”

Shrewsbury’s batting again failed to fire as they were restricted to 188-9 from their 55 overs.

A number of men made starts without going on to deliver a truly telling contribution with Tom Cox (38), young Aussie Patrick Butler (32), Dewi Jones (29no) and Steve Leach (26) top scoring as Tom Brown (4-29) and Andy Sutton (3-44) kept it tight with the ball.

The dependable Green did his best to make a game of it by snaring 4-49 from 17 overs, but Barnt Green, held together by 51 from opener Nathan Newport, had more than six overs to spare as they progressed to 191-7.

“We were probably 20 or 30 runs light of having a chance and giving them a tougher chase,” said Foster. “It was the same problem we’ve been having the last few weeks as we’re just lacking someone to go on and make a big score.”

Sunday once again provided the highlight of the weekend for Shrewsbury as they made light work of dismantling depleted lower league Shropshire rivals Oswestry in the third round of the ECB National T20 KO.

Shrewsbury rattled up an imposing 239-5 from their 20 overs before Oswestry, in reply, got nowhere near as they closed on 92-6.
Most of the batting fireworks were provided by big-hitting Alex Blofield (65) and Steve Leach (56) while skipper Foster (26) and Steve Barnard (23) also weighed in.

Mike Barnard then marked his first senior appearance of the season by claiming 4-15 from his four overs as Oswestry ended well off the pace.

Foster said: “Oswestry had a pretty weak side out with only a couple of first teamers so it was a bit of a non-event really. But it was pleasing to get a win and you can only beat what’s in front of you.”

Shrewsbury can now look forward to competing with hosts Walsall, Barnt Green and Tamworth in Birmingham League finals day for the national competition on Sunday, June 29. The winners will progress to the regional stages.

Meanwhile, SHREWSBURY II enjoyed one of their best days of the season in the Birmingham League’s premier reserve division as they chalked up a winning draw at Barnt Green II.

Skipper Jon Anders, back from a fortnight in the first team, cracked 78 at the top of the order while a quickfire, unbeaten 41 from William Davies and 20 not out from Stephen Pym lifted the Shrewsbury total up to 205-7.

It proved enough to secure the lion’s share of the points as Barnt Green pulled up short in their chase, closing on 196-9, with two wickets apiece for Joshua Anders (2-22), Harry Bolland (2-51) and Jack Garmson (2-55).

Have your say, help improve cricket in Shropshire

Leach set to return for K&D clash
Scroll to top