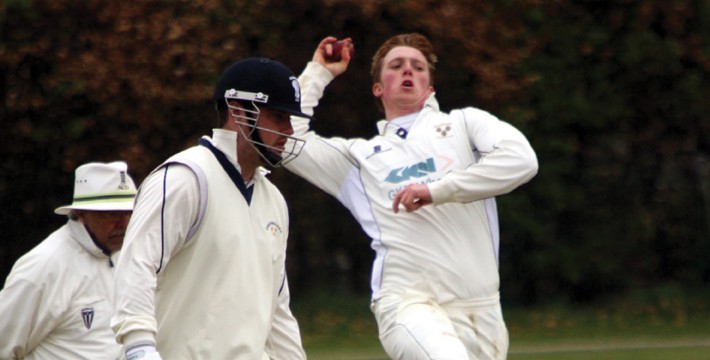 Shrewsbury captain Rob Foster insists his team’s first priority is picking up enough points to ensure they are not dragged into a relegation scrap in the Birmingham Cricket League premier division.

Foster concedes Shrewsbury, who travel to Dorridge on Saturday, have little chance of making it back-to-back titles given they trail leaders West Bromwich Dartmouth by 75 points.

His first target, he admits, is trying to widen the current 16 point gap between Shrewsbury, who are eighth in the table, and second-bottom Walsall.

“First of all, it’s about stopping up,” said Foster, whose side were washed out without a ball bowled at home to Brockhampton last weekend. “You can quickly get dragged into something so we just need to get a few wins as soon as we can to give us a bit of a breathing space really.”

Foster hopes one of them will come on Saturday at a Dorridge side two places and eight points above them in the table, not that he’s expecting anything other than a tough game.

“They’ve picked up quite a bit,” he said. “They were a bit short when we beat them at home earlier in the season but they’ve had people like Laurie Evans, a regular at Warwickshire, playing quite often for them recently.”

Shrewsbury, whose second team host Old Hill II on Saturday, will be without unavailable batsman Tom Cox but influential all-rounder Steve Barnard is poised to return.

Shrewsbury, meanwhile, booked their place in the final of the Salop Leisure Twenty20 Knockout Trophy by beating Whitchurch by seven wickets in front of a big London Road crowd.

They will now have home advantage for the final against Owestry next Friday, August 1 (6.15pm).

Having restricted Whitchurch to a modest 97-8 from their 20 overs, Shrewsbury had few problems advancing to 103-3.

Guest player Kim Rose, an Aussie who plays for Shelton in the Shropshire League, top scored with an unbeaten 23 while there were also contributions from Anthony Parker (21no), Ed Barnard (20) and Patrick Butler (20).

“It was great to see a good crowd there,” added Foster. “It was quite a one-sided game but it should be a good final against Oswestry.”

Elsewhere, Shrewsbury duo Steve Leach and spinner Charlie Morris, a debutant, were both part of the Shropshire side which beat Cornwall by six wickets in the Unicorns Championship at St Austell this week.

Leach, the opening batsman, top scored with 72 as Shropshire were bowled out for 300 in their first innings.

Cornwall were removed for 188 and 203 either side as former Yorkshire paceman Ben Sanderson grabbed seven wickets in each innings for brilliant match figures of 14 for 108 from 35.5 overs.

Despite a couple of early wobbles, Shropshire, next in action against Devon at Exeter between August 3 and 5, had few problems in reaching their victory target at 92-4 as they achieved back-to-back Championship wins.