Tag Archive for: Will Parton

You are here: Home / Will Parton 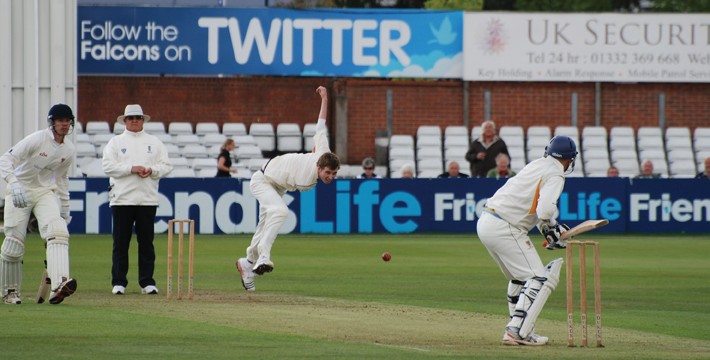 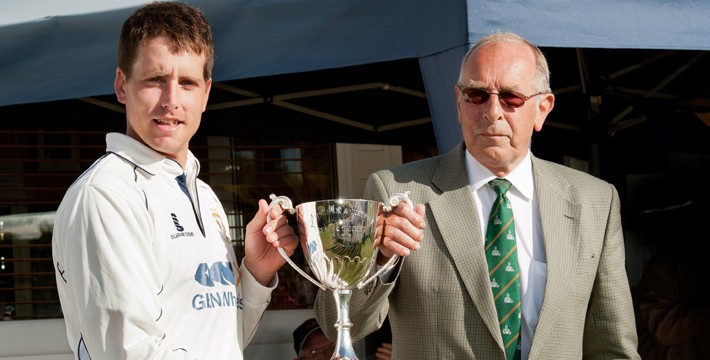 Rob Foster’s runaway champions saw off Wombourne by five wickets in their final premier division encounter to end the season with a new top flight record high of 378 points.

Then, just for good measure, Shrewsbury saw off Barnt Green by 32 runs in a rain-affected Graham Williamson Trophy final at London Road on Sunday to win the competition for the fourth successive year.

Shrewsbury ultimately finished a mighty 91 points clear at the top of the premier division after ending their season of dominance with another win, their 14th outright victory from 22 league games.

“Breaking the points record was a nice motivation to have going into the last game,” admitted Foster. “It’s been a fantastic season and we’ve ended up playing 43 games in all competitions.

“It’s been a long season but it’s been well worthwhile.”

Relegated Wombourne were their final league victims, not that Shrewsbury had it all their own way before running out five-wicket winners.

Sam Griffiths, the former Shelton paceman now a key part of Shrewsbury’s bowling attack, helped himself to 4-15 as Wombourne were removed for 116 inside 35 overs.

Shrewsbury, in reply, were soon in trouble at 44-5 and an upset looked on the cards.

But then skipper Foster (40no) joined forces with 14-year-old first team debutant George Hargrave (32no) to put on an unbroken stand of 72 for the sixth wicket as Shrewsbury advanced to 118-5.

“Wombourne bowled very well with the new ball and got some good genuine wickets,” said Foster. “But fortunately myself and young George Hargrave, a late call up to replace Tom Cox, managed to then put a partnership together.

“George batted fantastically well and showed real maturity for a 14-year-old making his debut for the first team.

“He’s quite a small lad but he’s a good player, very keen cricketer and is already part of the Warwickshire Academy. He did really well.”

Shrewsbury then dug deep into their selection reserves 24 hours later with a host of regulars unavailable for the Williamson Trophy final against Barnt Green.

Shrewsbury totalled 155-3 from their reduced allocation of 20 overs before Barnt Green, eventually set a revised victory target of 186 in 18 overs, pulled up short on 154-8.

Will Parton (47), Joe Leach (44) and the big hitting Matt Gregson (35no) put bat to ball effectively for Shrewsbury who were flying at 70-0 off 10 overs before a rain delay restricted their innings to 20 overs.

Duckworth Lewis calculations initially set Barnt Green a 20 over target of 208 but more rain cut that to 187 from 18 and they ended up 32 runs short, Griffiths completing a good weekend by taking a couple more wickets.

“It’s the fourth year in a row we’ve won this competition and we’re proud to have kept the run going,” added Foster.

Leach took his 100th Birmingham League wicket for the club at 18 apiece and also passed 2,000 league runs. He averages just over 30 with the bat in the premier division.