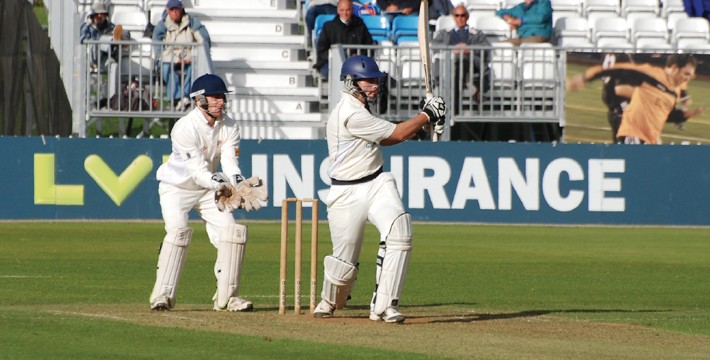 ROB FOSTER, Shrewsbury’s proud captain, wants his talented young side to become a dominant force in the Birmingham Cricket League after being crowned champions for the second time inside four years.

Shrewsbury wrapped up the premier division title of a league renowned as one of the best in the country with three games to spare after a five-wicket burst from Worcestershire all-rounder Joe Leach set up a convincing win over Walsall in front of a big London Road crowd on Monday.

Now Foster, delighted to have led his home town club to glory in his first season at the helm, is hungry for plenty more success.

“That’s got to have to be our aim now,” said Foster. “Wellington always go on about the fact they won the Birmingham League two years running in 2003 and 2004 so it would be nice to win it again next year.

“But you can’t take anything for granted in this league. You’ve just got to turn up and perform every week really. As soon as you start getting ahead of yourselves, you struggle.

“We’ve come a long way as a group since we first won the league in 2010 so it’s been very pleasing all round.

“We’ve only lost two of our 19 games this season in the league which shows how well we’ve played so I think it’s all credit to ourselves that we’ve finished it so early. We’ve been outstanding this year.”

Foster stressed it had been a real team effort this season, highlighting the contribution of the whole first team squad.

“It’s a credit to the strength of the club in the firsts and seconds really,” he said. “We’ve used something like 18 or 19 players on a Saturday in the first team.

“Henry Blofield pulled out of Monday’s game with tonsillitis but he’s stepped up into the first team bracket this season. Dan Manders has been around a long time but he put in a key performance for us at Walmley and people like Tom Ellis have also played their part at times.

“We’ve missed Ed Barnard the whole year and he’s probably the outstanding player his age in England having already played for England’s under-19s at 17 so it really has been a great all round effort.”

Foster now wants his team to push for more wins over the final three games of the season, beginning with Saturday’s visit of Brockhampton, one of only two sides to have beaten Shrewsbury in the league this season.

“We’ve earned the right to enjoy these three games and play with a bit more freedom,” said the skipper. “But it would be nice to get three more wins on the board and really hammer it home for the season. We don’t want to ease off or play poorly so it’s up to us to keep winning.”

Leach is ruled out through Worcestershire duty this weekend but Foster revealed there was a chance England batsman James Taylor, the club’s contracted player from Nottinghamshire, could be drafted in for his second apperance of the season.

“He might come in,” smiled Foster. “If he’s about and wants to play, I’ll try and get him in.”

Shrewsbury take on Oswestry in the first semi final (10.30am) with the second last four clash between Whitchurch and Shifnal to follow. The two winners will then contest the final.

“It should be a good day, an enjoyable day,” added Foster. “It will be nice to have a few teams from around the county here.”