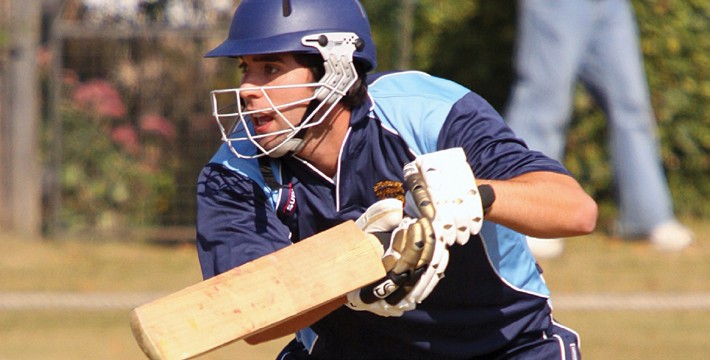 Rob Foster, the Shrewsbury skipper, was delighted to see Tom Cox recapture his best form as the London Roaders moved to the brink of Birmingham League premier division safety with victory over Kidderminster.

Shrewsbury, washed out at title hopefuls Barnt Green on Monday, now know victory at Knowle & Dorridge on Saturday will make them mathematically safe as they sit 51 points clear of the bottom two with three games to play.

Cox was the star of the show as Kidderminster were beaten by 11 runs in a well contested clash at London Road last Saturday.

Batting at No 3, Cox just fell short of a richly deserved century, dismissed for 94 from 122 balls, a fine knock featuring a six and nine fours, as he lifted the Shrewsbury score up to 187 all out.

No other Shrewsbury player made it past 20 as Cox, eighth man out, held the innings together.

“Tom Cox was outstanding,” said skipper Foster. “It was as good a knock I’ve seen him play for a long time and he helped us put a score on the board as we didn’t bat well as a team.

“By his standards, he’s perhaps not got the runs he would have wanted this season, so it was pleasing to see him play so well.”

A rain interruption meant Kidderminster were set a revised victory target of 176 in 42 overs, but they fell short, dismissed for 164 with eight balls remaining.

Opener Richard Kimberlin top scored with 44 but Worcestershire’s Matt Pardoe, who has lost his place at the top of the New Road club’s batting order to former Shropshire skipper Richard Oliver, managed just 13 before being caught by Steve Leach off the bowling of Mike Barnard.

Shrewsbury were pleased to welcome back a Worcestershire player of their own in Joe Leach, but he took a back seat as the lion’s share of the wickets were shared between Dewi Jones (3-26), Sam Griffiths (3-28) and Elliot Green (3-37).

“It was good to get a win,” added Foster. “All the bowlers did really well and we also took some good catches.”

Shrewsbury’s second string hauled themselves off the bottom of the table with an impressive five run victory at Moseley II last Saturday but were then washed out at home to Barnt Green II on Monday.

Shrewsbury’s total of 208-9 just proved to be enough as Moseley were removed for 203.

George Panayi was the top performer for Shrewsbury, taking five wickets after earlier hitting 57, while the London Roaders were also well served with the bat by Henry Blofield, in good touch for 59, and Toby Jones (26).

It was a second successive victory for Shrewsbury after beating Attock a week earlier and they are 16 points adrift of safety with three games to play.

“We’ve given ourselves a bit of a chance,” said captain Jon Anders. “We’ve still got three of the top four to play in Knowle & Dorridge, Wolverhampton and Walmley.

Shrewsbury are without both Panayi and Blofield this weekend.